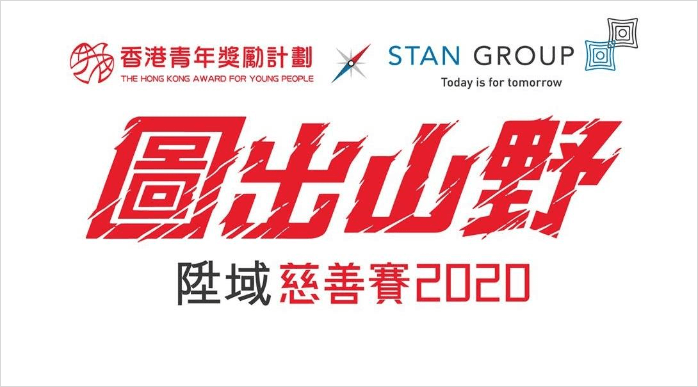 Event Objective:
● To bring the excitement of planning, judgment and physical challenge to Hong Kong people
● To encourage young people to meet challenges, explore their potentials, grow and learn through determination
● To raise fund for AYP, supporting its youth development work in Hong Kong

Background of Rogaine:
30 years ago, Rod, Gail, and Neil Phillips, the founders of Rogaine, observed that the hiking competition at that time required all participants to follow the same sequence in visiting the set checkpoints.
​All participants competing in the race could only follow the others for the same direction which could never provide an opportunity for them to test their own navigation and mountaineering skills. Hence, the founders created Rogaine, which requires participants to set their own route for the cross-country navigation competition. Rogaine was then started near Melbourne during the 1970s and by word-of-mouth extended across Australia, then to NZ, USA, Canada, Germany; 20 countries are now affiliated with the International Rogaining Federation based in Melbourne. The International Rogaining Federation would hold the World Rogaining Championships in different parts of the world bi-annually which attracts thousands of Rogainers each time.

Rogaine was introduced by The Hong Kong Award for Young People (AYP) in 2007, and the first Rogaine competition in Hong Kong was held in the same year. Rogaine is an all-rounded challenge which matches perfectly with the all-rounded development promoted by AYP. Both Rogaine and AYP encourage young people to meet challenges, explore their potentials, grow and learn through determination. To date, Rogaine has become the annual fundraising event of AYP. 6-hour and 24-hour race would be organized in every alternate year. AYP hopes the public could know more about AYP through Rogaine and at the same time, raise more funds to provide learning opportunities for young people in Hong Kong.

How To Play:
Rogaining is the sport of long distance cross-country navigation in which teams of two to four members visit check points in a set time limit. Teams travel entirely on foot, navigating by compass and official map between checkpoints in terrain that varies from open farmland to hilly forest. Teams are required to use their E-cards to punch the control unit at check points to keep records. The team has the highest total marks will be the champion. If there is more than one team getting the highest mark, the team which finishes the race in the shortest time will be the winner. The Event Centre, called the “hash house”, provides simple meals throughout the event. Teams may return at any time to eat or rest. 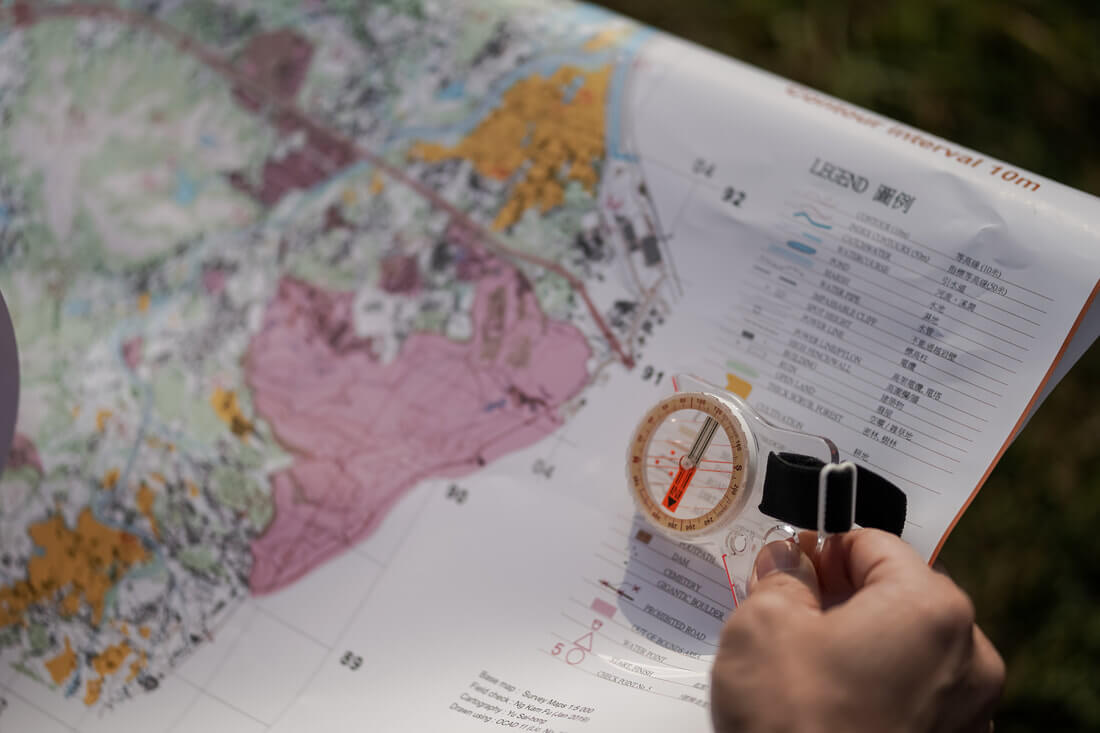 SETTING YOUR OWN ROUTE

The Race itself has no set route, Rogainers could strategically plan their own route according to their ability and preference. 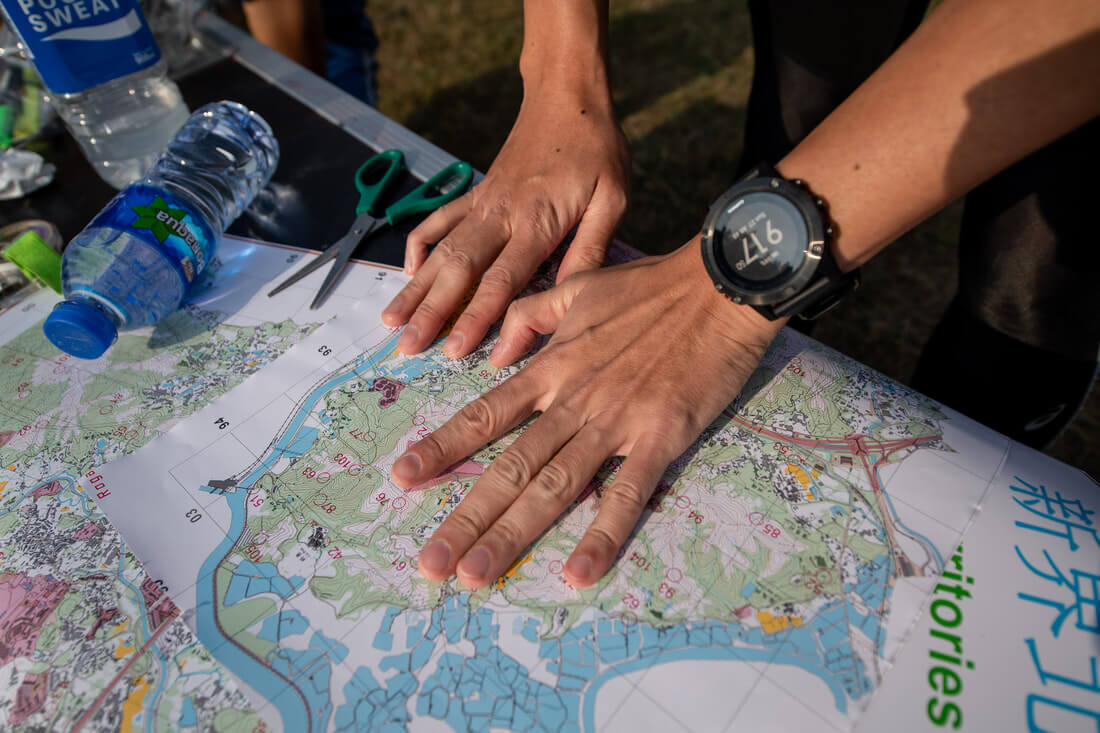 Rogaine strongly emphasizes on planning. Since no supply of food and water other than that provided at Event Centre and official water points are allowed during the competition, Rogainers have to prepare sufficient food and drinks before the competition. Also, teams are required to submit their flight plan before start-off, review during the competition whenever necessary and fill in intention sheet about their route at specific check points. 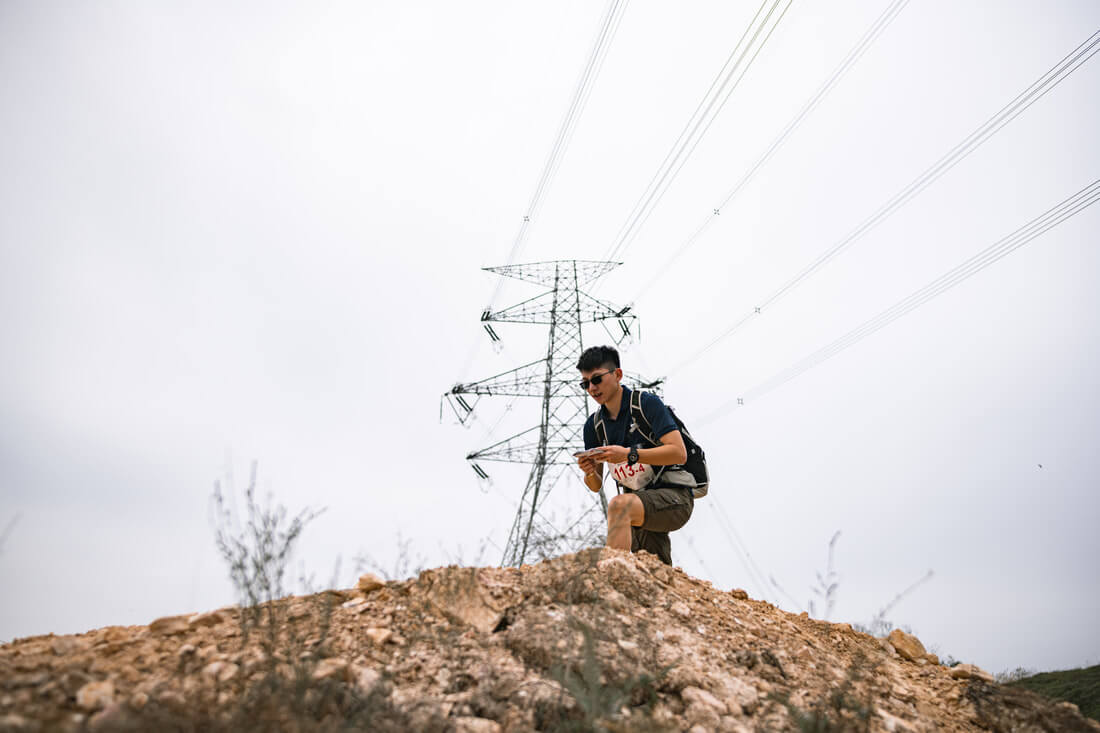 On one hand, the physical requirement for Rogaine is at a higher level than ordinary orienteering competitions to cope with the long hours of competition. On the other hand, Rogaine requires more map work and route planning skills than other hiking or cross-country competitions. The special combination of judgement and physical challenge makes Rogaine a great challenging and exciting game.

Though Rogaine competition has a number of classes, same rules of scoring is applied. Rogainers are advised to familiarize with the scoring system before the competition, master Rogaine’s rules and set their own strategies tactically.

● No team shall start until the organizers announce the start. The event shall finish at the advertised finish time as determined by the organizers’ clock. Time Penalty system will be applied. Score will be deducted for every minute or part of a minute late. Teams with over due time of more than 30 minutes will not get any score or position.

● This is a Score Event. You can take the check points in any order. Each check point carries a certain score.

● A team’s score shall be the value of the check points visited and correctly verified by the Organizer, less any penalties. The team with the highest score will be the winner. In case there are same scores, winner will be the one with less competition time. 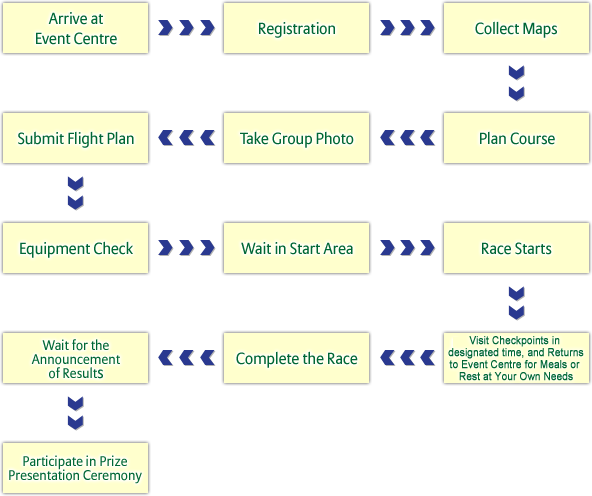 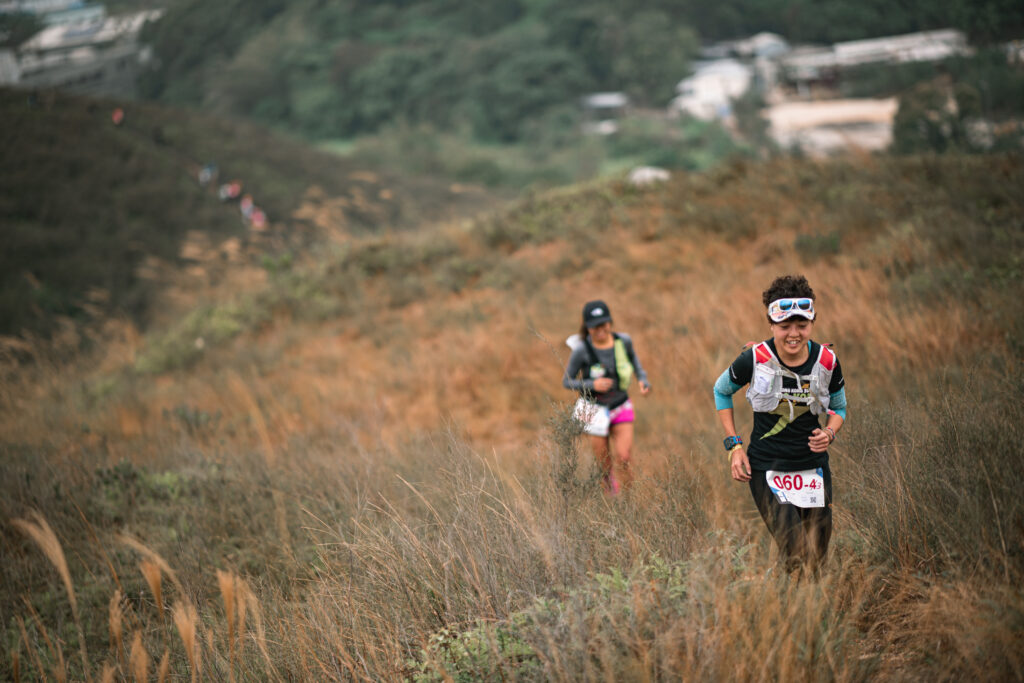 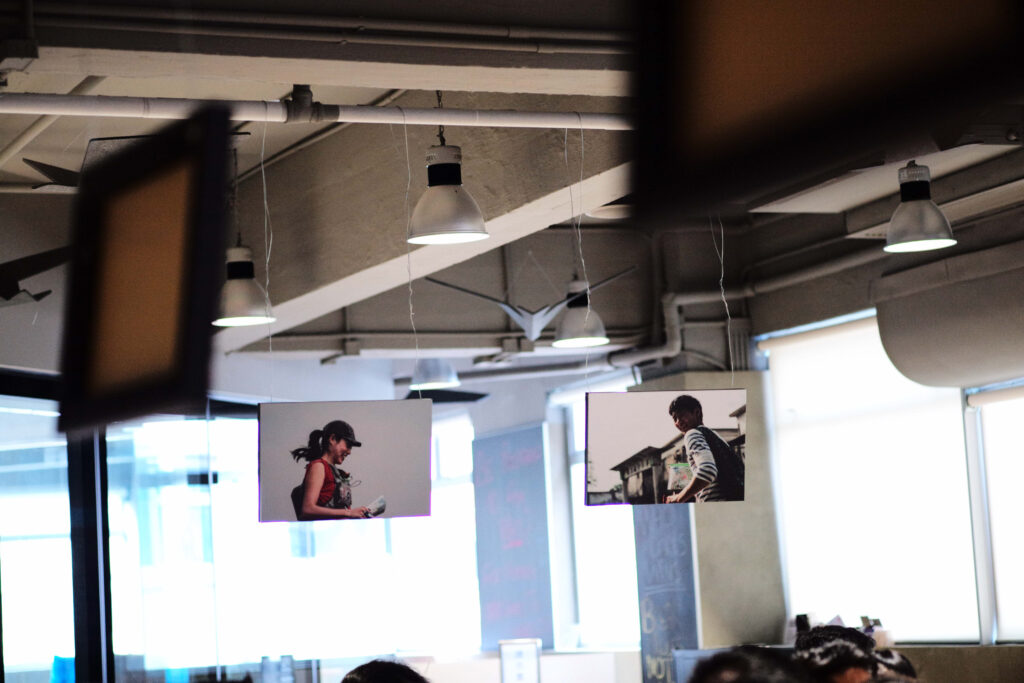 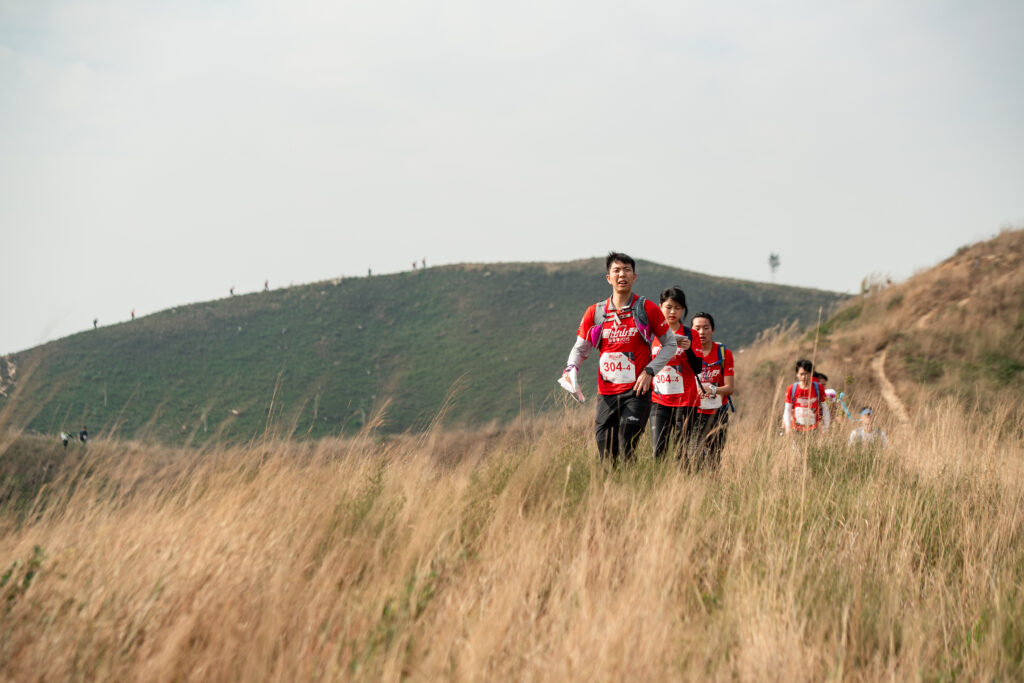 1. Where is the start point and end point?

The start point and end point are usually located near the event centre. The exact location of the event centre, with details of event information will be provided about one week before the event.

2. What is the distance the group required to travel?

Stan Group AYP Rogaine Charity Race 2020 is a scoring event. There are no fixed routes and the parts of the course competitors visited are entirely up to the team members.

3. Will the classes race in the dark?

All classes will start in the morning of 19 January 2020. 3 and 6 hours classes are not required to race in the dark unless you cannot report to the finish within the race time limit due to any delay.

4. Do all team members race together?

Rogaine is not a relay event. All team members on list must register on the event date, otherwise the team will be classified as unofficial and the team result will not be recorded. Members of a team shall remain within a distance of 10 metres at all times whilst on the course. All members must visit check points together. Violation of this rule will risk disqualification.

5. If a member withdraws from the race, can the other team members continue the race?

If a member withdraws from the race, the entire team shall return to the event centre and notify the organizer. The original team shall be deemed to have finished the event. If a new team is formed it may be admitted to the competition at the discretion of the organizer but no points shall be credited for checkpoints already visited.

6. Can a support team set up for the racing team?

Teams compete on a self-sufficient basis. Any support in whatever form and from whatever source are not allowed. No food or equipment shall be left on course before the event for a team’s use. Competitors shall travel only on foot and shall not take any transportation during competition.

7. What kind of competition materials will be provided by the organizer? When will such materials be provided?

8. Can GPS be used for navigation?

The only navigational aids that may be carried on the course are magnetic compasses, watches and copies of the competition map. The possession of other navigational aids, including pedometers, altimeters and GPS device with map display is prohibited during competition.

9. Can participant bring their own maps or use other maps for competition?

10. How many maps will be provided?

11. How many SI cards will be provided?

Each team will be provided a SI card.

12. If number bid is lost during competition, can it be re-issued?

If competitors lost the number bibs during competition, he/she together with his/her team members should return to Event Centre together for re-issue of number bibs. Violation of this will risk disqualification.

13. If SI card is lost during competition, can it be re-issued?

If the team lost the SI card during competition, the team should return to Event Centre for re-issue of control card and the team shall indemnify the organizer HK$700 for the lost. Violation of this will risk disqualification.

14. What kinds of equipment are necessary for the competition?

15. What will happen if compulsory equipment is lost during competition?

All teams and team members must bring all compulsory group/personal equipment. Checking of equipment by officials will take place at start or any check points. Competitors fail to produce such equipment will not be allowed to start or will be stopped from competition.

16. Is it necessary to wear the T-shirt provided by the organizer?

No, but the organizer recommend competitors to wear it as this will be easier for the staff and rescue team to identify the competitors during the event.

17. Will water be provided by the organizer?

● Event Centre will NOT provide water before the competition start. Competitors will have to bring enough water to the event centre. Water will only be provided from afternoon on the event day at the Event Centre.
● Water points will be set in competition area. Location will be pre-printed on the maps. Competitors need to bring their own containers for refilling water.

18. How is luggage storage arranged?

Participants can leave their belongings at designated area. However, the organizer bears no responsibility on any loss or damage of your property. Therefore, DO NOT bring any valuable items.

Get in touch with us!

©Copyright by The Hong Kong Award for Young People.

Design by Visible One